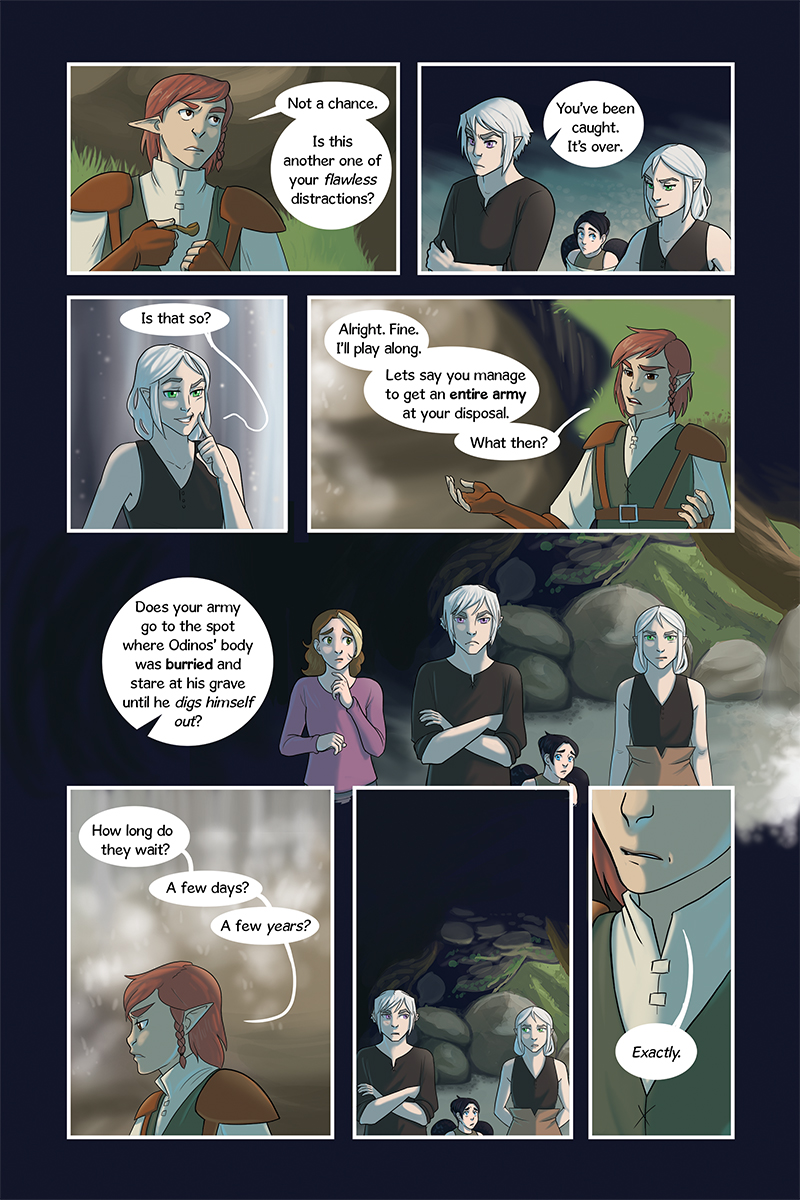 Toques is not having any of this ‘Tragic Backstory’ junk and instead is laying down ‘The Facts’, Sarika is already moving on to plan C, and Sorkiu seems unimpressed with himself for thinking Toques would let him brood.

Good News, Everyone! The Chronicles of Oro has nearly reached 4,000 subscribers on it’s Tapastic mirror! (WHAT!?) To celebrate, I’ll be making a fun Q&A comic featuring the cast! If you’d like to submit a question to any of the main cast (or even ‘background elf soldier #2’) send them a letter on either the comic’s official Tumblr (Here) or on its wall on Tapastic (Here) and I’ll have them respond in an interview comic ASAP! Thanks so much, guys! Here’s to 4,000 more! 😉