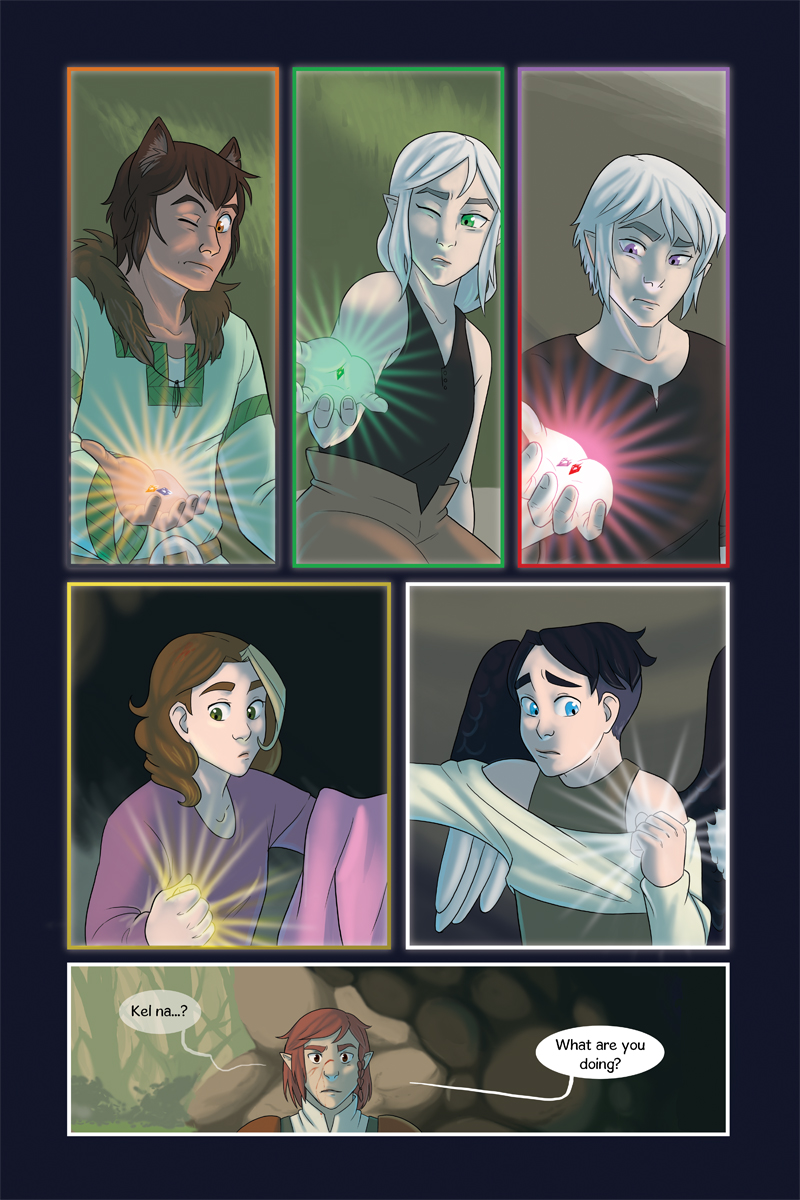 Are you surprised? Even a little?

…And hiatus over! And now that it is, I am happy to unload a huge welcome to the first batch of new members of SpiderForest!

Monster Lands – A fantasy/dramedy story that focuses on the axe-wielding, monster-riding adventurer Othera as she battles against the tyranny of the evil queen Eren Lorry!

HELM – Embark on a journey across the dark and dangerous world of HELM in search of the legendary Bastard King.

Sell Spell – When Sedo, an illegal spell-for-hire, is tasked with “retrieving” a mysterious artifact, he cons a gullible Mage’s apprentice and his motley crew of bodyguards into helping him. However, as simple treasure hunt turns into treacherous cross-country journey, Sedo gets the sinking feeling he is being hunted… and more importantly, underpaid.

The Dad Brigade – Brandy is a young girl being trained under the protection of a group of highly skilled mercenaries. Among these mercenaries are the assassin, Crucible Jack, the marksman, Jean d’Arblast, and the warlock, Hergin Pride. Dale O’Dawn, a noble knight, tries to keep them in order, to little avail. Together, the men must put aside their differences to raise Brandy into a warrior fit to stop the apocalypse.

Dreamrise – The setting is the year 2515, when most of the solar system has already been colonized and terraformed. A motley ensemble cast must work to fight things like Magic Terrorists, Corrupted viruses from alternate timelines, and EMOTIONS.

The Empathy Drive – The promised golden age was lost before it began. Humanity reached for the stars, remaking fledgling civilizations in our own image. When the unthinkable happened, we fled – riding a cascading wave of xenophobia back to Earth. These are the stories of those who were left behind.

Of Conquests and Consequences – A teenage aristocrat from the North finds himself a prisoner of war and is assigned as a servant to the young heiress of one of the clans from across the desert. His captor will take him far away from his homeland and further still from his comfort zones. How will he adapt to the new culture?

Realm of Owls – A parliament of owl people have raised a grand city in a lustrous turf. These are the records of two owls who have decided to document the history and antics of their silly people in a whimsical comic strip form. Everything from the ever-shifting sovereignty to ice breaking to pigeon flinging is depicted here!