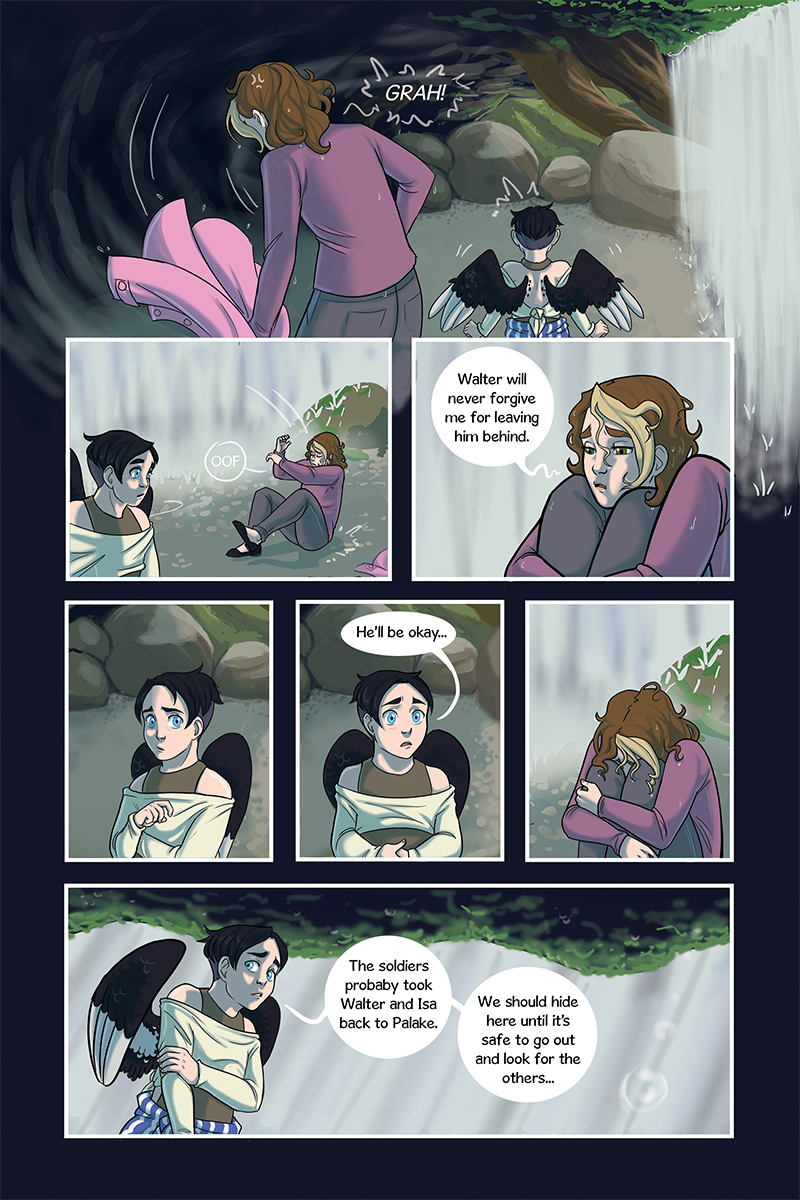 (I Threw it on the Ground by the Lonely Island echoes through the cave.)

Good news, everyone! I’ve been officially accepted into the SpiderForest comic collective! I am working on getting a super fancy banner up to make it truly official. It will contain links to all of the fantastic comics that SpiderForest is known for. Look out for that in the next few days. 🙂

In the meantime, check out some of the other awesome Sci-fi/Fantasy comics that are newbies like me!

Moon Gone Dark: The Wayfarer of the Nights follows an unknown path through the ages and the dreams of everything which anyone can dream.

Storm and Desire (NSFW): Together, three women set out to learn the secret history of the multiverse.

XII: Of Magic and Muses: Hear the call. Accept the task. Unite.

White Noise: Characters engineered to be super soldiers band together to fight an alien invasion.