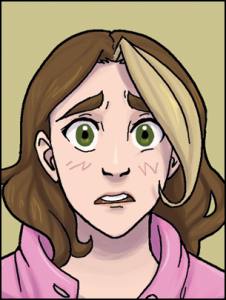 Juniper Snow
Birthday: May 27
Ancestry: Earthling
Juniper was just settling into her first year of high school when her entire world (and the floor) suddenly opened up before her. Now she’s desperate to get home… if that’s even possible.
Most Likely To: Get found first in a game of Hide-and-Seek. 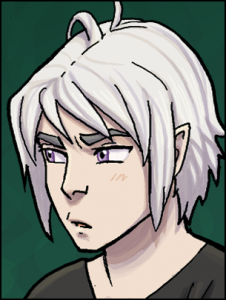 Sorkiu Thornbark
Birthday: July 29
Ancestry: Elf
Obsessive and grouchy, Sorkiu is a tough pill to swallow. But it would seem everyone around him, especially his twin sister Sarika, shares a certain admiration for this hot-blooded youth.
MLT: Get frown lines by the time he is 16. 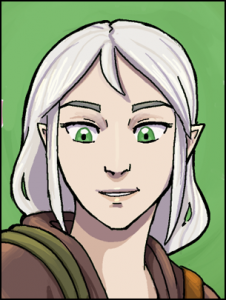 Sarika Thornbark
Birthday: July 29
Ancestry: Elf
Sarika is the more rational and friendly twin (by just). She is sharp and quick-witted but often falls prey to bottling up her stronger emotions. Balanced in her intensity and composure, this vain young lady is not to be messed with.
MLT: Become a CEO. 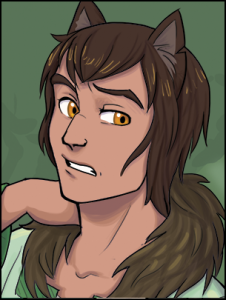 Kanal Savir Wolfe
Birthday: April 30
Ancestry: Huminal
Kanal is the twins’ bodyguard, referee, and best friend. He is rather logical and skeptical and has no sense of personal space.
MLT: Discover he is an exact clone of his father and be totally cool with it. 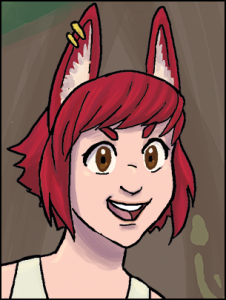 Isa Valla
Birthday: March 31
Ancestry: Huminal
This runaway is a mother to Suoh, big sister to Tiko, and cheerleader to Kanal and the Twins. Yes, that is her natural hair colour.
MLT: Be secretly training you. 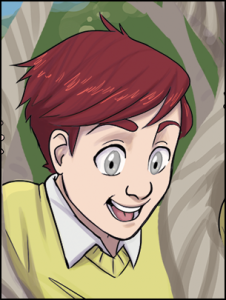 Walter Kirlian
Birthday:  December 21
Ancestry: Earthling
Juniper’s neighbour and renowned pain-in-the-neck; Walter is the most enthusiastic and cheerful of the bunch. He is thrilled to be on an epic adventure. In fact, he probably feels a song coming on…
MLT: Be able to sing ‘Bohemian Rhapsody’ better than you. 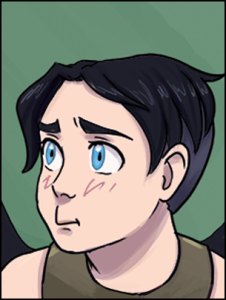 Tiko ???
Birthday: November 7
Ancestry: Huminal
Tiko is usually seen glued to Isa’s hip, cuddling with Suoh, or hiding behind Kanal. Despite his small stature, he seems rather mature for his age.
MLT: Blush himself into a coma.

Tablita
Birthday: January 10
Ancestry: ???
Tablita has not appeared in the story yet.
MLT:??? 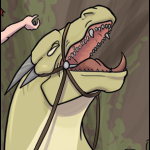 Suoh the Dragon
Age: 4
Ancestry: Dragon
Suoh is Isa’s pet and baby. He is totally loyal to her as well as Tiko. He is generally lazy and compliant towards their friends but he doesn’t seem to like Juniper at all.
MLT: Think he is still small enough to sleep on your lap. 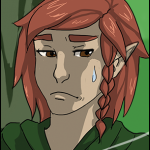 Toques Windfall
Age: 53 (appears in his early 30s)
Ancestry: Elf
Toques has been vaguely keeping track of the twins since their troublemaking was first reported. Although he’d prefer to laze around and smoke, he’s been ordered to help track them down.
MLT: Be a joker, a smoker, and a midnight toker. He sure don’t want to hurt no one. 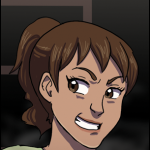 Lynn Parker
Age: 13 (September 9)
Ancestry: Earthling
While Juniper’s first few months in high school have been awkward and confusing, Lynn is settling in very well. She has been Juniper’s best friend since Elementary School.
MLT: Have a shrine to Cristiano Ronaldo in her locker. 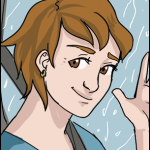 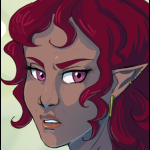 Queen Trinh Greyward
Age: 90+ (appears in her late 40s)
Ancestry: Elf
The Queen of the Elves is a loving wife and mother of five. Her family’s precious Blue Diamond was stolen and she seeks the capture of the most likely culprits: the Thornbark Twins.
MLT: Schedule another bath after her morning bath. 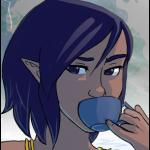 Princess Gaia Greyward
Age: 30 (appears in her early 20s)
Ancestry: Elf
Gaia is the second eldest child of Vidar and Trinh Greyward. She is known for her good looks and unflappable poise.
MLT: Make you feel insecure. 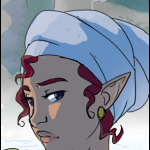 Princess Samara Greyward
Age: 25 (appears in her early 20s)
Ancestry: Elf
Samara is the third eldest child of Vidar and Trinh Greyward. She is clumsy and relies on her older sister for almost constant guidance.
MLT: Float through life without a care in the world. 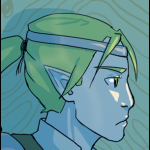 Ghislain Fenwood
Age:???
Ancestry: Elf
A soldier working for the Royal Family in Palake.
Named by Joanne Kwan in a ‘Name that Elf Contest’ in September 2015.
MLT: Actually get to marry Princess Samara.